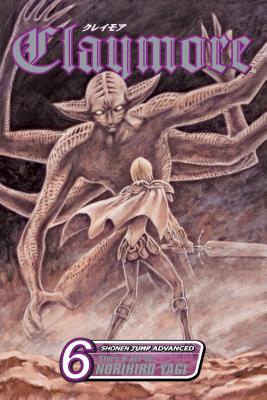 Clare and her fellow Claymores are nearing the end of their strength in their battle against the Awakened Being--a male ex-Claymore who can no longer control his Yoma powers. Not only is Clare the weakest among them, but she has taken the brunt of the creature's attacks as well, and yet she may be their only hope in discovering the Awakened Being's weakness.

Norihiro Yagi won the 32nd Akatsuka Award for his debut work, UNDEADMAN, which appeared in Monthly Shonen Jump magazine. His first serialized manga was his comedy Angel Densetsu (Angel Legend), which appeared in Monthly Shonen Jump from 1993 to 2000. His epic saga, Claymore, ran from 2001 to 2014 and was adapted into a television anime series and a video game.
Loading...
or support indie stores by buying on