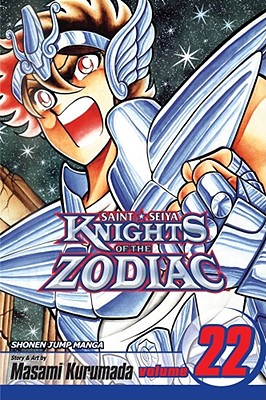 The series begins with the story of Seiya, the main hero, who is one of Athena's Knights. Seiya, along with the other Bronze Knights, must train hard to earn their Cloths, and take on other challenges as well. Knights of the Zodiac (Saint Seiya) has been a hit in Japan (where it is known as simply Saint Seiya), as well as many European countries including Spain, France, and Italy. To stop the army of Hades, Athena's Knights have unleashed forces beyond even their control. Hit by two cosmic blows of the forbidden Athena Exclamation, Sanctuary itself begins to crumble. But the battle has only just begun. In a desperate gambit, Seiya and his fellow Bronze Knights prepare to descend into the underworld and challenge Hades face to face. But Princess Sienna has a shocking plan of her own. To save the world from Hades, will she make the ultimate sacrifice? Or will she live to lead the Knights to a new level of power--the power of the legendary eighth sense?