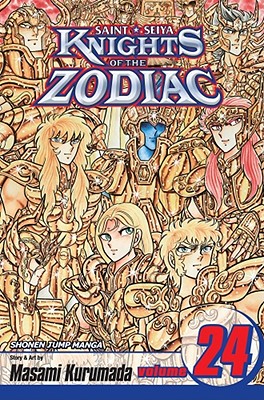 The series begins with the story of Seiya, the main hero, who is one of Athena's Knights. Seiya, along with the other Bronze Knights, must train hard to earn their Cloths, and take on other challenges as well. Knights of the Zodiac (Saint Seiya) has been a hit in Japan (where it is known as simply Saint Seiya), as well as many European countries including Spain, France, and Italy. The road to Hades is long, dark...and treacherous. Lost in the underworld, Seiya and Shun agree to save Orpheus, the long-lost Silver Knight, from eternal imprisonment. To help free himself and his new comrades, Orpheus must square off against the nefarious Pharaoh in a hellish musical duel But the Bronze Knights have more on their minds than a little night music. At last, the time has come for them to face Hades himself What strange history connects the lord of the underworld to Shun, the peaceful Andromeda Knight?