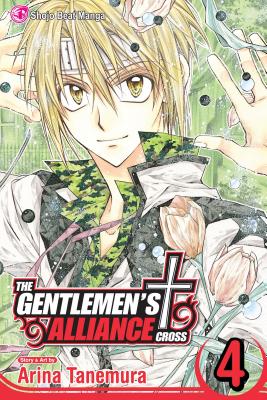 Haine joins the student council at an elite academy to get to know the boy who rescued her long ago.

In return for a business loan of 50 million yen, the prestigious Kamiya family gave their daughter Haine away to the Otomiya family. Haine, now an Otomiya, is appointed to the student council of the exclusive Imperial Academy, a private school for the aristocracy. Even though Haine is of proper lineage to be on the council, she finds herself struggling to find her place among the many secrets of its elite members, especially those of the president who holds her heart--Shizumasa Togu, aka "the Emperor."

Students at Imperial Academy are lining up for the "Confess Your Love" rally, during which students announce the name of the person they love to the entire student body, in hopes of winning over their beloved's heart. Maora wants to confess to Maguri, but Maguri already has plans to confess to Shizumasa!

Arina Tanemura began her manga career in 1996 when her short stories debuted in Ribon Original magazine. She gained fame with the 1997 publication of I•O•N, and ever since her debut Tanemura has been a major force in shojo manga with popular series Phantom Thief Jeanne, Time Stranger Kyoko, Full Moon, The Gentlemen’s Alliance † and Sakura Hime: The Legend of Princess Sakura. Both Phantom Thief Jeanne and Full Moon have been adapted into animated TV series.
Loading...
or
Not Currently Available for Direct Purchase