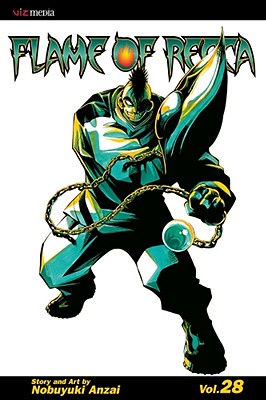 Armed with the power to control flame, Recca Hanabishi finds himself in an awkward situation when a mysterious older woman pops into his life one day. Is she good? Is she evil? What exactly does she want with the young ninja firecracker? Becoming a ninja is just a childhood dream for16-year-old Recca, until a fateful encounter reveals he has inherited ninja powers, including the ability to wield fire As Recca learns to master the ancient ways of his ancestors, he is drawn to protect a mysterious girl named Yanagi... Deep in the labyrinthine fortress city, Team Hokage learns that it isn't easy to play K ran Mori's deadly games. The devious Kirito stays one skip ahead of poor, gullible Fuko. Domon gets his crumpet burned when he takes tea at Marie's House. Kaoru just keeps running into one creepy guy after another. Even Kager 's powers may not be enough to stop the darkest forces of SODOM. And while the rest of the gang squirms in the clutches of ultimate evil, where the heck is Recca?