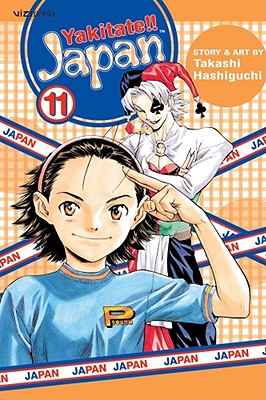 Are you ready for the Iron Chef of bread? Manga shall not live by bread alone. England. France. Germany. What common thread binds these three nations together? Answer: each is famous for producing unique, distinctive, delicious bread. But what about Japan, home to rice and delicacies of the sea? Is there not a doughy, gastronomic delight they can claim as their own? The answer is no...until now Kazuma Azuma, a 16-year-old-boy blessed with otherworldly baking powers, has taken it upon himself to create Ja-pan, the national bread of the land of the rising sun Kazuma and company face another uniquely unconventional challenge in the semifinals of the Monaco Cup--they must prepare tasty loaves of sports bread that will satisfy the needs of F1 racers. This time, though, Pantasia's opponents are the dreaded Kayser Brothers of France, craftsmen whose seemingly unsurpassable skills--and very freaky appearances--have sent lesser bakers into early retirement. Will an audience with the King of Monaco give Kazuma a much-needed edge? And what on earth is a sports bread anyway?

Takashi Hashiguchi was the recipient of Young Magazine Gekkan Shinjinsho (Newcomer's Award) in 1987 from Kodansha and received an honorable mention for the Tetsuya Chiba Award. He made his debut in 1988 with Combat Teacher. Hashiguchi says that for a time he tried his hand at being a comedian, but differences with his partner led him to return to manga. His major works include Street Fighter II Bakusho Yon-koma Gag Gaiden (Street Fighter II Hilarious 4-panel Gag Outside Story), Chosoku Spinner (High Speed Spinner), Windmill, Scissors, and Yakitate!! Japan. His most recent series, Saijo no Meii (The Ultimate Great Doctor) is currently serialized in Weekly Shonen Sunday.
Loading...
or
Not Currently Available for Direct Purchase