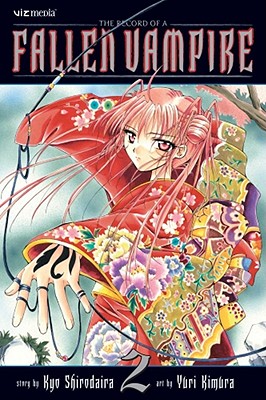 The Record of a Fallen Vampire, Vol. 2

A tale of the Vampire King's tragic love and its consequences

Thousands of years ago, Vampire King Akabara "Red Rose" Strauss lost both his kingdom and his queen. Since humans were unable to kill the queen, they sealed her away, erecting thousands of fake seals so that the king would never find her true location. Despite being pursued by relentless dhampires, Akabara continues to search for his queen to this day…

Akabara is heavily injured during his battle against Kayuki, the newest incarnation of the Black Swan. Kayuki remains shrouded in mystery-–not only does she bear a striking resemblance to the previous Black Swan, but she also offers Akabara a temporary truce! Why does she need to keep the Vampire King alive?