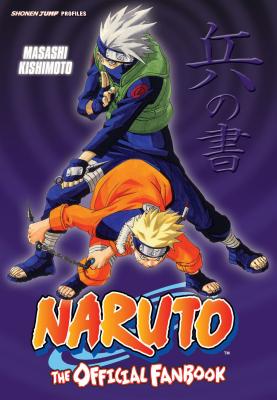 BY FANS FOR FANS OF THE ULTIMATE NINJA!

Think you know all you can possibly know about Naruto? Think again! The Official Fanbook takes you deeper than ever before into the world of the most determined ninja as he pushes ever closer to his ultimate destiny! Maps, character profiles, previously hidden revelations and more give you all the inside secrets about Masashi Kishimoto's incredible saga. Includes the original 44-page Naruto manga!!

By Fans For Fans! The Ultimate Source For Naruto That You Helped Create!

We asked you, the loyal legions of Naruto fans across the nation, to help us create this definitive volume of secret knowledge about the world of Naruto, and boy did you respond! Now see your contributions proudly displayed alongside official maps, character profiles, and previously hidden revelations about Masashi Kishimoto's incredible saga.

The Official Fanbook takes you deeper than ever before into the world of the most determined ninja, as he pushes ever closer to his ultimate destiny! Think you know all you can possibly know about Naruto?