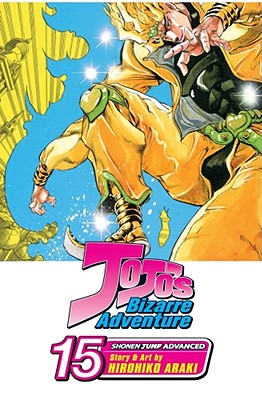 Kakyoin, Polnareff and Joseph, who have pursued Dio from Japan to Egypt, find themselves hunted as night falls and Dio reveals his true power. But is Dio's Stand, "The World," already too powerful to be stopped?

Hirohiko Araki made his manga debut in 1981 with the Wild West story Busô Poker. He experimented with several genres, including mystery (Mashonen B.T.) and action-horror (Baoh), before beginning JoJo’s Bizarre Adventure in 1986. Propelled by imaginative storylines, weird imagery and individualistic artwork, JoJo’s Bizarre Adventure is one of the longest-running and most popular shonen manga ever. Araki’s current works include a new series set in the JoJo universe, JoJolion.
or support indie stores by buying on
Copyright © 2020 American Booksellers Association