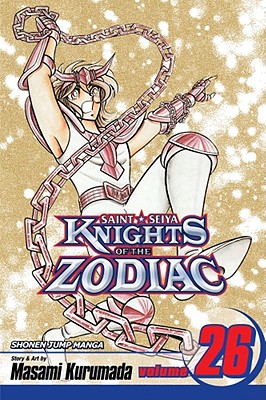 The series begins with the story of Seiya, the main hero, who is one of Athena's Knights. Seiya, along with the other Bronze Knights, must train hard to earn their Cloths, and take on other challenges as well. Knights of the Zodiac (Saint Seiya) has been a hit in Japan (where it is known as simply Saint Seiya), as well as many European countries including Spain, France, and Italy. The Greatest Eclipse is coming--the fateful alignment of planets that will block out the sun, destroy all life and transform the Earth into a second Hades. To stop this ultimate disaster, Athena offers her own life to the lord of darkness. But her sacrifice changes the tide of battle in a way not even the gods could have predicted... Now, to face Hades in his true form, the Knights must pass beyond the Wall of Lamentation, which only gods can cross, and find the paradise of Elysium. Such a quest is beyond the power of ordinary mortals, but if Seiya and his friends can summon the 12 Gold Cloths, they can work miracles even in the darkest depths of the Underworld.