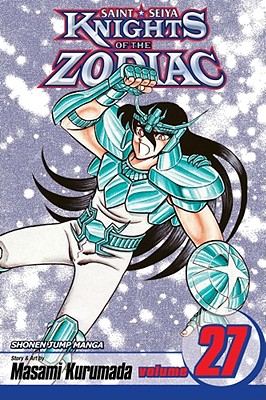 The series begins with the story of Seiya, the main hero, who is one of Athena's Knights. Seiya, along with the other Bronze Knights, must train hard to earn their Cloths, and take on other challenges as well. Knights of the Zodiac (Saint Seiya) has been a hit in Japan (where it is known as simply Saint Seiya), as well as many European countries including Spain, France, and Italy. Crossing from Hades to Elysium, the Bronze Knights find themselves in a world beyond anything they've encountered. Seiya is no match for Hypnos and Thanatos, the immortal guardians of Hades, who have already captured Athena and trapped her in a deadly prison. As if that weren't enough, the all-powerful Thanatos attacks Seiya through the person the Pegasus Knight most wants to protect: his long-lost sister Seika As the Greatest Eclipse descends, the Battle of the Gods reaches its climax. With Athena and the earth in mortal peril, the Bronze Knights' quest seems hopeless--until another god joins the fray.