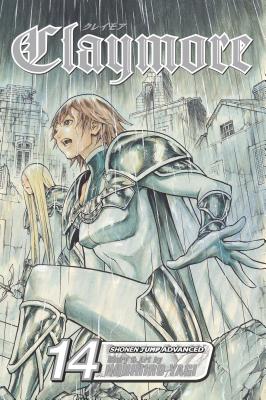 In their hunt for Galatea, the Organization's former number 3, Clarice and Miata enter the Holy City of Rabona, but what they encounter there is far beyond anything they could have anticipated. Also included in this volume are bonus stories of Priscilla and Isley's first meeting, and of Clare's training at the Organization.

Norihiro Yagi won the 32nd Akatsuka Award for his debut work, UNDEADMAN, which appeared in Monthly Shonen Jump magazine. His first serialized manga was his comedy Angel Densetsu (Angel Legend), which appeared in Monthly Shonen Jump from 1993 to 2000. His epic saga, Claymore, ran from 2001 to 2014 and was adapted into a television anime series and a video game.
Loading...
or support indie stores by buying on
(This book is on backorder)