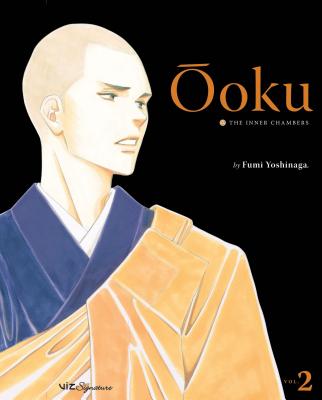 Curious about why female lords must take on male names, the shogun Yoshimune seeks out the ancient scribe Murase and his archives of the last eighty years of the Inner Chambers--called the Chronicle of the Dying Day. In its pages Yoshimune discovers the coming of the Redface Pox, the death of the last male shogun, and the birth of the new Japan…

Fumi Yoshinaga is a Tokyo-born manga creator who debuted in 1994 with Tsuki to Sandaru (The Moon and the Sandals). Yoshinaga has won numerous awards, including the 2009 Osamu Tezuka Cultural Prize for Ôoku, the 2002 Kodansha Manga Award for her series Antique Bakery, and the 2006 Japan Media Arts Festival Excellence Award for Ôoku. She was also nominated for the 2008 Eisner Award for Best Writer/Artist.
Loading...
or support indie stores by buying on