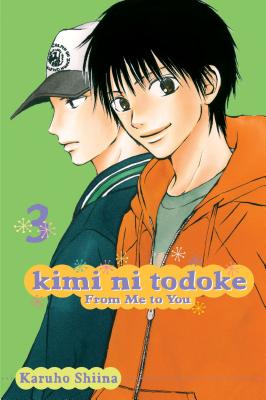 Sadako finally becomes friends with her classmates, instead of scaring them off. Even Kurumi, the cutest girl in school, wants to be her friend. But will this new friendship make Sadako realize that her feelings for Kazehaya might be more than just friendly?