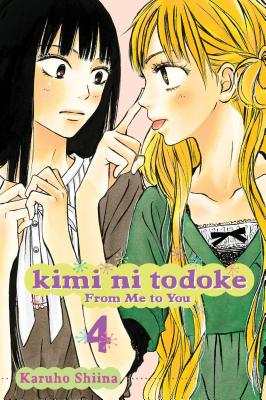 Kurumi's got it all--looks, popularity and friends. But underneath Kurumi's friendly exterior is a manipulative girl who'll do anything to get what she wants! And she wants Kazehaya! Will Kurumi's plotting drive Kazehaya and Sawako apart, or will it instead draw them even closer together?

Karuho Shiina was born and raised in Hokkaido, Japan. Though Kimi ni Todoke is only her second series following many one-shot stories, it has already racked up accolades from various “Best Manga of the Year” lists. Winner of the 2008 Kodansha Manga Award for the shojo category, Kimi ni Todoke also placed fifth in the first-ever Manga Taisho (Cartoon Grand Prize) contest in 2008. In Japan, an animated TV series debuted in October 2009, and a live-action film was released in 2010.
Loading...
or support indie stores by buying on
(This book is on backorder)