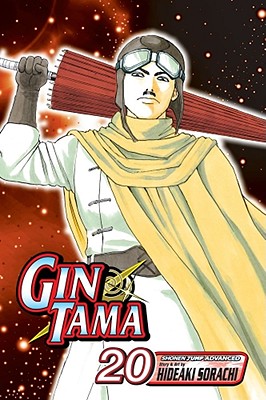 It's samurai vs. aliens The samurai didn't stand a chance. First, the aliens invaded Japan. Next, they took all the jobs. And then they confiscated everyone's swords. So what does a hotheaded former samurai like Gintoki Gin Sakata do to make ends meet? Take any odd job that comes his way, even if it means losing his dignity. Summer Vacation Is Best Before It Actually Begins Gin's Advice for Improving Your Manga 1. Blatantly rip off other Shonen Jump manga.
2. Make sure the gorilla (artist) gets lots of bananas.
3. Add lots of emotional death scenes and sappy dog funerals.
4. Make Yamazaki the main character.
5. Have plenty of nude beach scenes...with Shinpachi.

Hideaki Sorachi was born on May 25, 1979, and grew up in Hokkaido, Japan. His ongoing series, Gin Tama, became a huge hit when it began running in the pages of Japan's Weekly Shonen Jump in 2004. A Gin Tama animated series followed soon after, premiering on Japanese TV in April 2006. Sorachi made his manga debut with the one-shot story Dandelion, which is included in volume 1 of the Gin Tama graphic novels.
Loading...
or
Not Currently Available for Direct Purchase