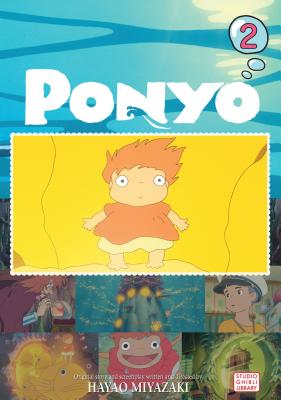 Relive the story of Ponyo and S suke in this full-color film comic!

Ponyo is a sweet-faced goldfish from a magical realm under the sea. One day, Ponyo's curiosity takes her far from home. After accidentally hitching a ride on a jellyfish, Ponyo washes up on the shore and is found by Sosuke, a kindly human boy. The two become fast friends and are swept away on an incredible adventure.

Under her sorcerer father's influence, Ponyo is pulled back into the ocean against her will, and Sosuke is inconsolable. He tries to resume his normal family life, but soon an enormous storm rolls into the small seaside town where he lives. Beneath the water, Ponyo has gained new powers--and a new body!