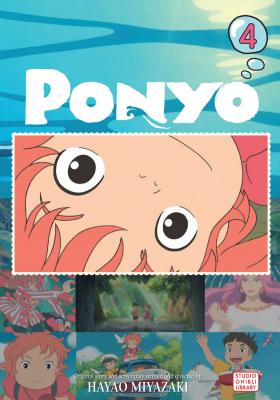 Relive the story of Ponyo and S suke in this full-color film comic!

Ponyo is a sweet-faced goldfish from a magical realm under the sea. One day, Ponyo's curiosity takes her far from home. After accidentally hitching a ride on a jellyfish, Ponyo washes up on the shore and is found by Sosuke, a kindly human boy. The two become fast friends and are swept away on an incredible adventure.

A great storm has passed in the night, and in the morning Ponyo and Sosuke find themselves surrounded by water. The two must journey together through incredible and sometimes frightening realms at the edge of the ocean and the bottom of the sea. Through a series of magical encounters they discover truths about themselves, their families, and the transformative power of love.