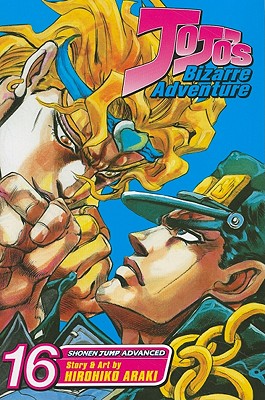 With his invincible Stand on top of his vampire powers, Dio has crushed the hunters who sought to defeat him. Only Jotaro remains, fighting in the streets and rooftops of Cairo, pitting his own Stand, "Star Platinum," against Dio's Stand, "The World." The battle which began in the 1880s ends now. Will Jotaro avenge the deaths of his family, or will Dio reign unopposed over a helpless world?

Hirohiko Araki made his manga debut in 1981 with the Wild West story Busô Poker. He experimented with several genres, including mystery (Mashonen B.T.) and action-horror (Baoh), before beginning JoJo’s Bizarre Adventure in 1986. Propelled by imaginative storylines, weird imagery and individualistic artwork, JoJo’s Bizarre Adventure is one of the longest-running and most popular shonen manga ever. Araki’s current works include a new series set in the JoJo universe, JoJolion.
or
Not Currently Available for Direct Purchase