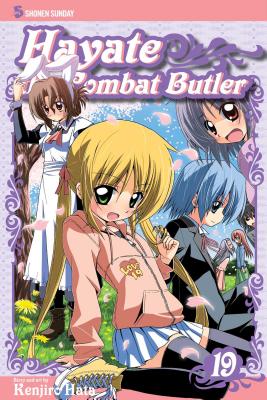 Tea for two with a one-two punch.

Poor Hayate Ayasaki is responsible for repaying his parents' 150 million yen debt. One Christmas, he meets a girl named Nagi, and after a series of misunderstandings, he somehow ends up working as her butler. Nagi covers for Hayate's debt, but has Hayate dug himself deeper into a different kind of hole? A hilarious tale of butlers, love and battles (?!).

Are Hayate and Maria out on a date? Of course not. As even the most casual manga fan could guess, it’s just part of a complex ruse to defeat a psychopathic stalker with a Fatal Attraction thing for Hayate. But then the fake date causes real sparks to fly (and lands Hayate in women’s clothing again—but that’s another issue). Next thing you know, Nagi is making plans to step up her own game...