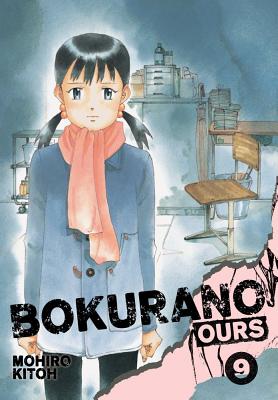 Saving the world is no child's play in this dark and chilling mecha manga series. One summer, fifteen kids innocently wander into a nearby seaside cave. There they meet a strange man who invites them to play an exciting new video game. This game, he explains, pits one lone giant robot against a horde of alien invaders. To play the game, all they have to do is sign a simple contract. The game stops being fun when the kids find out the true purpose of their pact. Zearth's next pilot is Kana Ushiro, the one child supposedly spared from the contract that has driven her friends to fight for the survival of their universe. Fearing for her youngest pilot's chances, Lieutenant Tanaka plans a shocking operation to keep Zearth in the game.

Mohiro Kitoh was born in 1966 in Aichi Prefecture, Japan. His manga debut, Vandemiere no Tsubasa (Vandemiere's Wings) was published in 1995. Other works include Shadow Star (Narutaru), Kakutoshi no Yume (Hallucination from the Womb), and Zansho--A Collection of Short Stories.
or support indie stores by buying on