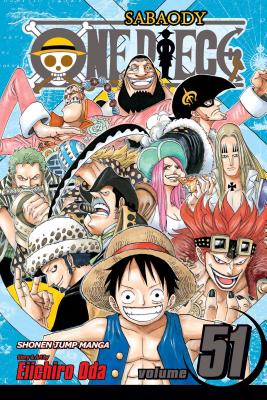 Camie the mermaid offers to take Luffy and the crew to Fish-Man Island if they'll help rescue her boss Hachi from the notorious Flying Fish Riders. Ignoring all of the warning signs (hint: her boss sounds suspiciously like an old enemy!), the crew agrees to help their mermaid friend, only to end up losing Camie to other kidnappers!