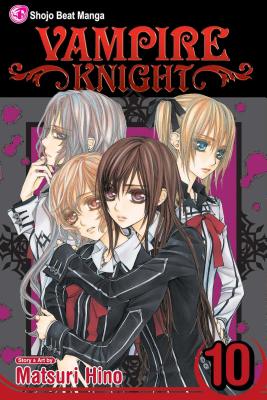 Rido is gone, but the battle rages on at Cross Academy. The Night Class is still under attack, and Headmaster Cross has joined the war to protect his students. Zero, however, has vowed to get rid of all the Purebloods--including Yuki!