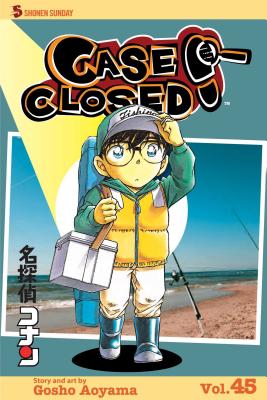 The mystery series that inspired the hit anime!

A relaxing fishing trip in a quiet bay turns into a case for the Junior Detective League when a vacationer is murdered. Conan knows how to bait the killer, but will he have what it takes to reel him in?

Then a baseball star is stabbed to death and left by the side of a road. But the prime suspect has a rock-solid alibi: he was with Conan, Rachel and Detective Moore the whole time!