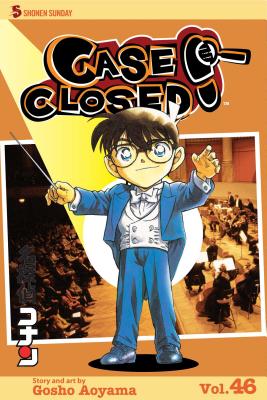 The mystery series that inspired the hit anime!

Detective Moore investigates a wealthy family whose members share a gift for music—and a habit of dying under mysterious circumstances. When a deadly fire sweeps through the estate, Conan suspects that the killer has struck again. With the help of a priceless violin, can he sound the note to solve the case?

Meanwhile, Conan has finally found a clue to the whereabouts of the elusive Men in Black. But if he hits the wrong note, it’ll be time to play his requiem…

Reads R to L (Japanese Style) for teen plus audiences.