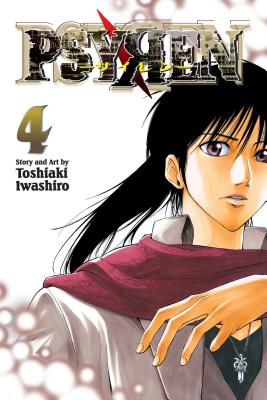 Don’t answer the phone unless you want to…dial into DANGER!

Ageha Yoshina just got transported to a warped alternate dimension where you've got to fight your way back to our world--or die trying.

Ageha's fully aware of how little he understands his newfound abilities. But when a mysterious millionaire introduces him to a group of Psionist kids who also have powers, his training ramps up and his confidence grows. Has he learned enough to survive? A glimpse into the dark future has him not so sure.

Toshiaki Iwashiro was born December 11, 1977, in Tokyo and has the blood type of A. His debut manga was the popular Mieru Hito, which ran from 2005 to 2007 in Japan in Weekly Shonen Jump, where Psyren was also serialized.
Loading...
or support indie stores by buying on