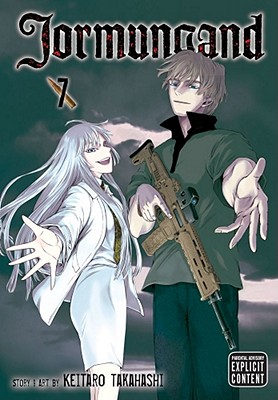 Death is their business, and business is good. Jonah is a child soldier, born amidst the chaotic conflicts that rage across West Asia, his family lost to a war fueled by weapons supplied by the so-called Merchants of Death--international arms dealers. Despite Jonah's hatred of weapons and violence, he employs both extremely well in the service of high-flying arms dealer Koko Hekmatyar and her band of mercenaries. Their journey through the dark underbelly of the world's arms markets may lead only to damnation, but will Jonah one day make his way back to the light? Only one thing is certain: it's going to be a long, hard road out of hell... CIA European Section Chief George Black has an agent inside Koko's squad--the ex-Italian Bersaglieri officer code-named R. Though still mystified by Koko, R has come to admire her and her team. When he learns that another CIA paramilitary operations officer named Hex is plotting a rogue operation against Koko, R's cover and Koko's and Jonah's lives are on the line. Spies and arms dealers like to keep things quiet, but their shadowy world is about to explode.

Keitaro Takahashi was born in Kanagawa Prefecture on September 15. In 2002, he debuted as a mangaka with Ordinary in Kodansha's Monthly Afternoon Season Zokan. In 2006, he began the series Jormungand, in Monthly Sunday GX. He was also the illustrator for the Shueisha SD Bunko publication, Tonari no Dopple-san (The Doppleganger Next Door). His favorite movies include Heat, Miami Vice, The Insider, Gladiator, Swordfish, Formula 51, The Killing Fields and The Usual Suspects. His hobbies include photography, toy guns, and collecting military goods.
Loading...
or support indie stores by buying on