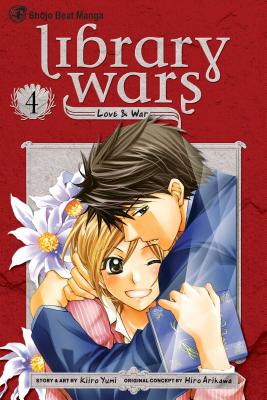 By Hiro Arikawa (From an idea by), Kiiro Yumi (Illustrator)

Fight for your right to read!

Iku and Commander Inamine are abducted by Bakushu-kai terrorists, who demand sensitive material from the library's protected collection in return for the hostages! Dojo is worried about Iku, his problem student with limited field experience. But what Iku lacks in training she more than makes up for in gumption, and she is not going to let library material go without a fight!

Hiro Arikawa won the 10th Dengeki Novel Prize for her work Shio no Machi: Wish on My Precious in 2003 and debuted with the same novel in 2004. Of her many works, Arikawa is best known for the Library Wars series and her Jieitai Sanbusaku trilogy which consists of Sora no Naka (In the Sky), Umi no Soko (The Bottom of the Sea), and Shio no Machi (City of Salt).
or support indie stores by buying on
Copyright © 2020 American Booksellers Association