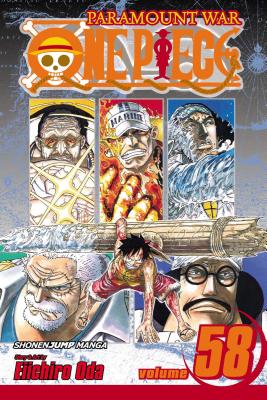 With Whitebeard injured, the Navy launches a counterstrike to finish the pirate rebellion once and for all. And as the three Navy Admirals stand in his way, Luffy will need one last trick if he hopes to save his brother Ace from being executed.