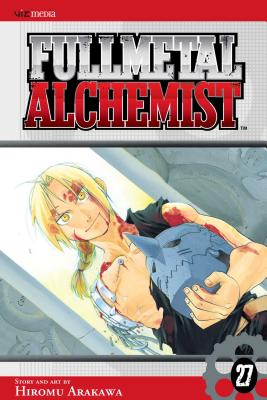 Breaking the laws of nature is a serious crime!

In an alchemical ritual gone wrong, Edward Elric lost his arm and his leg, and his brother Alphonse became nothing but a soul in a suit of armor. Equipped with mechanical “auto-mail” limbs, Edward becomes a state alchemist, seeking the one thing that can restore his and his brother’s bodies...the legendary Philosopher’s Stone.

With the help of Hohenheim and their allies, the Elric brothers launch a desperate final attack against the homunculus “father.” But to claim victory, some may have to make the ultimate sacrifice. And when the dust clears, will a happy ending await our favorite characters in the final volume of Fullmetal Alchemist?