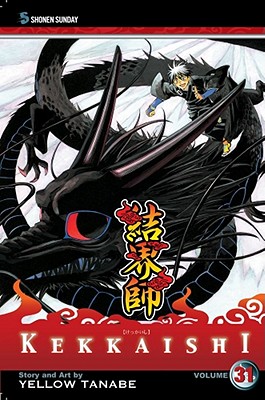 Students by day, demon hunters by night By night, teenager Yoshimori Sumimura is a kekkaishi--a demon-hunter who specializes in creating magical barriers around his prey. By day, Yoshimori's got other demons to battle: an addiction to sweets and a seriously crotchety grandfather Yoshimori's pretty neighbor and childhood friend, Tokine Yukimura, is also a kekkaishi, but their families are feuding over who is the true practitioner of the art. Yoshimori is trapped in a formless void The next day, the founding master of the kekkaishi himself appears at Yoshimori's home and offers to train him in a unique kekkai style. Is Yoshimori's visitor friend or foe? And why is he also offering to train the vicious Ogi heir, Shichiro...? Meanwhile, the witch Kakeru plans her revenge...