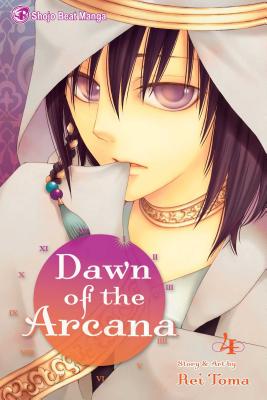 Princess Nakaba of Senan and Prince Caesar of Belquat only married each other for the sake of peace between their two warring countries, so no one expected there to be love between the unlikely couple. But just as feelings start growing between them, Nakaba’s power, the Arcana of Time, shows her a vision of a young woman’s murder. Has the time come for Nakaba to harness her power to change fate?