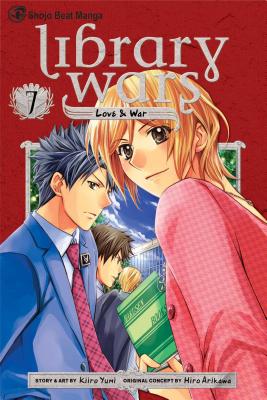 Hikaru’s big brother is working for the enemy, and he wants to reunite with Hikaru. Meanwhile, someone is posting negative reviews on the library’s website, and Kasahara intends to find out who. Later, personal issues are set aside when the Library Forces find out about a book burning on their home turf!