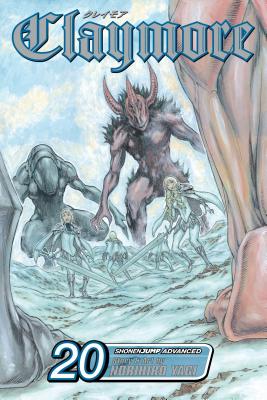 Remains of the Demon Claw Rebel Claymores Deneve, Helen and Yuma return to the Holy City of Rabona and find it under attack by Yoma hordes. An all-out battle ensues, after which Galatea informs the recently returned Claymores about Miria’s solitary and likely doomed quest to bring down the Organization. As Helen and Deneve investigate in separate assays, it becomes clear that the Organization is creating novel and terrifying breeds of Yoma warriors. Meanwhile, Miria returns with an ominous scar on her forehead.