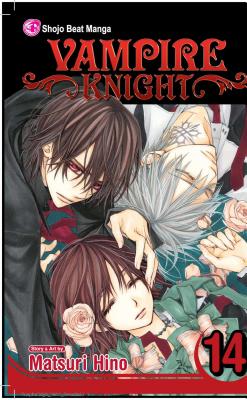 Cross over to the night. Meet your knights in shining darkness.

The Vampire Hunter Society has imprisoned Aido in order to interrogate him about Kaname’s connection to Sara Shirabuki. Meanwhile, Yuki wants a fresh start with Kaname, but circumstances arise that may force them apart.

Matsuri Hino burst onto the manga scene with her title Kono Yume ga Sametara (When This Dream Is Over), which was published in LaLa DX magazine. Hino was a manga artist a mere nine months after she decided to become one. With the success of her popular series Captive Hearts and MeruPuri, Hino has established herself as a major player in the world of shojo manga. Vampire Knight is currently serialized in LaLa magazine.
or support indie stores by buying on
Copyright © 2020 American Booksellers Association