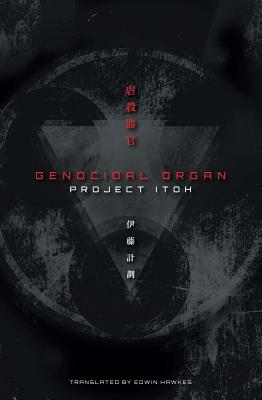 Who can win in a war of all against all?

The war on terror exploded, literally, the day Sarajevo was destroyed by a homemade nuclear device. The leading democracies transformed into total surveillance states, and the developing world has drowned under a wave of genocides. The mysterious American John Paul seems to be behind the collapse of the world system, and it’s up to intelligence agent Clavis Shepherd to track John Paul across the wreckage of civilizations, and to find the true heart of darkness—a genocidal organ.

Keikaku (Project) Itoh was born in Tokyo in 1974. He graduated from Musashino Art University. In 2007, he debuted with Gyakusatsu Kikan (Genocidal Organ) and took first prize in the "Best SF of 2007" in SF Magazine. He is also the author of Metal Gear Solid: Guns of the Patriots, a Japanese-language novel based on the popular video game series. After a long battle with cancer, Itoh passed away in March 2009. Itoh wrote Harmony, a Japan SF and Seiun Award-winning novel in the same setting as Genocidal Organ, while in the hospital receiving treatment for the disease.
Loading...
or support indie stores by buying on
(This book is on backorder)