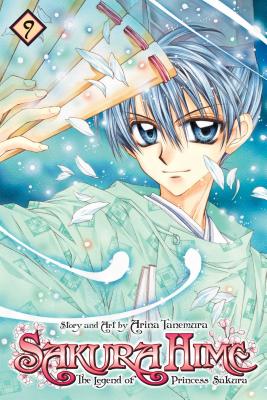 A new supernatural fantasy from the creator of The

Sakura is the granddaughter of a mysterious moon princess who slew demons with her Blood Cherry Blossom sword. All her life Sakura has been forbidden to look at the full moon without knowing why. Then one night, unhappy over her impending marriage, Sakura gazes up at the moon, only to see a demon attacking her...

Princess Sakura has been staying at the estate of Fujimurasaki, the future emperor. Fujimurasaki tells Sakura he loves her and keeps her hidden from Aoba. Sakura yearns to be reunited with Aoba, but he's to marry Princess Yuri...

Arina Tanemura began her manga career in 1996 when her short stories debuted in Ribon magazine. She gained fame with the 1997 publication of I•O•N, and ever since her debut Tanemura has been a major force in shojo manga with popular series Kamikaze Kaito Jeanne, Time Stranger Kyoko, Full Moon, and The Gentlemen’s Alliance †. Both Kamikaze Kaito Jeanne and Full Moon have been adapted into animated TV series.
or
Buy Here
Copyright © 2020 American Booksellers Association