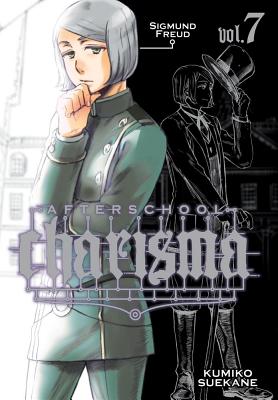 Famous historical figures return as clones, but are they doomed to repeat the fate of their progenitors, or can they create their own destines? St. Kleio Academy is a very exclusive school. To enroll, a student must be the clone of a famous historical figure. Wolfgang Mozart, Queen Elizabeth, Sigmund Freud, Marie Curie, Adolf Hitler--with such a combustible student body, it's only a matter of time before the campus explodes SIGMUND FREUD (1856-1939) Sigmund Freud was an Austrian psychopathologist. He studied at the University of Vienna and joined the faculty there after graduation. He pursued research in neurology and worked as a clinical physician, treating patients suffering from hysteria and similar conditions. Based on this work, Freud went on to pioneer the discipline of psychoanalysis. He developed a very close relationship with the psychologist Carl Gustav Jung, despite the difference in their ages, but later in life the two became estranged due to differences in their psychological beliefs. As a Jew, Freud was forced into exile in London due to the rise of the Nazis, where he died a year later at the age of 83.

Kumiko Suekane worked at a video game company before becoming a successful mangaka. Besides Afterschool Charisma, her other work includes Blood+A, Once Upon a Glashma (Hajimari no Gurashuma) and Seijou Koucha kan no Jijo (The Seijou Teahouse Affair)
Loading...
or
Not Currently Available for Direct Purchase