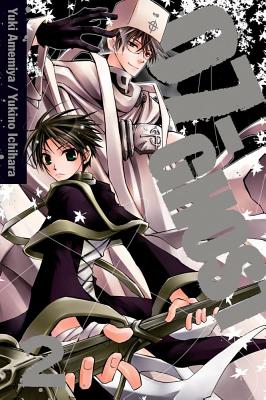 The immortal struggle of good versus evil in a ghostly gothic adventure tale!

The paths of one evil god, two rival empires, three unlikely bishops and seven brave ghosts converge in the destiny of Teito Klein, a boy who vows to master a powerful artifact known as the Eye of Mikael in order to lay bare the secrets of the world’s—and his own—murky past.

In a gambit to steal the power of the Eye of Mikael, a force that has helped the Seven Ghosts keep evil at bay for centuries, the Barsburg Empire sends a most unlikely pursuer to the Barsburg Church after Teito—his best friend Mikage.

Yuki Amemiya was born in Miyagi, Japan on March 25. Yukino Ichihara was born in Fukushima, Japan on November 24. Together they write and illustrate 07-Ghost, the duo’s first series. Since its debut in 2005, 07-Ghost has been translated into a dozen languages, and in 2009 it was adapted into a TV anime series.
Loading...
or support indie stores by buying on