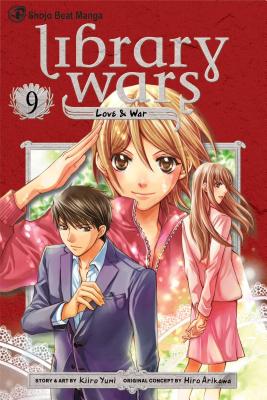 By Kiiro Yumi, Kiiro Yumi (Illustrator), Hiro Arikawa (From an idea by)

You've gotta fight for your right to read!

There’s a groper in the library and Library Force members Iku and Shibazaki are sent in as bait! Iku’s undercover outfit makes her vulnerable…will she be able to defend herself if the pervert targets her? Later, Library Force members are required to take a test that involves reading stories to a group of rambunctious schoolkids. Coming from a big, unruly family, Iku definitely has the upper hand!

Reads R to L (Japanese Style) for teen plus audiences.