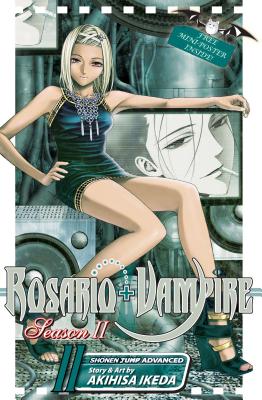 When your would-be rescuers are themselves in need of rescuing, draw on...

a. their unconscious faces

b. a trust fund

Akihisa Ikeda was born in 1976 in Miyazaki. He debuted as a mangaka with the four-volume magical warrior fantasy series Kiruto in 2002, which was serialized in Monthly Shonen Jump. Rosario+Vampire debuted in Monthly Shonen Jump in March of 2004 and is continuing in the new magazine Jump Square (Jump SQ) as Rosario+Vampire, Season II. In Japan, Rosario+Vampire is also available as a drama CD. In 2008, the story was first released as an anime. Season II is also available as an anime now. And in Japan, there is a Nintendo DS game based on the series.
or support indie stores by buying on