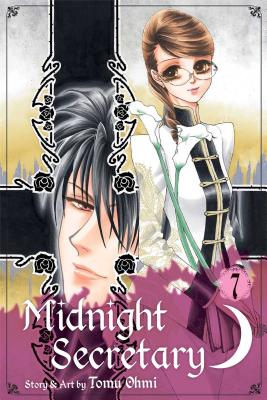 Kaya Satozuka prides herself on being an excellent secretary and a consummate professional, so she doesn’t even bat an eye when she’s reassigned to the office of her company’s difficult director, Kyohei Touma. He’s as prickly—and hot—as rumors paint him, but Kaya is unfazed…until she discovers that he’s a vampire!!

Kyohei has been banished from his clan because he refuses to renounce his love for Kaya. But a lone vampire is a dangerous thing to be, and Kyohei finds himself cut off from the vampires’ power and protection. He doesn’t even have access to blood substitutes anymore! Kaya wants to support him through this crisis, but arranging “dinner dates” for him again might be more than her heart can take!

Tomu Ohmi debuted in 2000 with the supernatural Josei manga Kindan no Koi wo Shiyou. She is the creator of Midnight Secretary, available in North America, the United Kingdom, Australia and New Zealand from Viz Media.
Loading...
or support indie stores by buying on