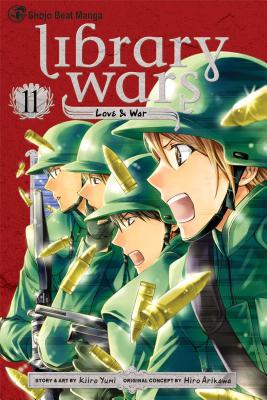 Fighting censorship at her hometown art museum, Iku Kasahara and her fellow Library Forces team members are involved in a fierce skirmish in which several ranking officers are severely injured. The damage is far reaching, causing a rift in the Library Forces management that makes Iku question her place in the organization. In the midst of this controversy, Iku’s relationship with her direct supervisor, Dojo, grows more intimate when a long-discussed tea-date begins to sound more like a romantic liaison!