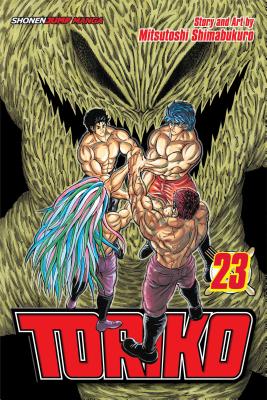 When the Four-Beasts is revealed to be a single giant monster that craves human flesh, Toriko and the Four Kings rush to the center of the Human World to stop it from eating the helpless populace. But as soon as they get there, it unleashes a toxic rain. While Komatsu cooks up a life-saving cure, the Four Kings pool their appetite for the ultimate combination attack!

Mitsutoshi Shimabukuro made his debut in Weekly Shonen Jump in 1996. He is best known for Seikimatsu Leader Den Takeshi! for which he won the 46th Shogakukan Manga Award for children's manga in 2001. His current series, Toriko, began serialization in Japan in 2008.
Loading...
or support indie stores by buying on
(This book is on backorder)