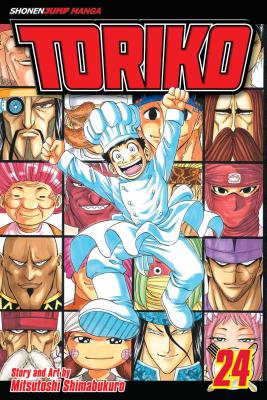 After playing a crucial role cooking up lifesaving mochi during the battle against the Four-Beasts, Komatsu rises to #88 in the World Chef Ranking. As a result, he gets to compete in the upcoming Cooking Festival against the world’s top chefs. Whet your appetite for a more dazzling display of cooking by more crazy chefs than you can shake a ladle at!

Mitsutoshi Shimabukuro made his debut in Weekly Shonen Jump in 1996. He is best known for Seikimatsu Leader Den Takeshi! for which he won the 46th Shogakukan Manga Award for children's manga in 2001. His current series, Toriko, began serialization in Japan in 2008.
or
Buy Here
Copyright © 2020 American Booksellers Association