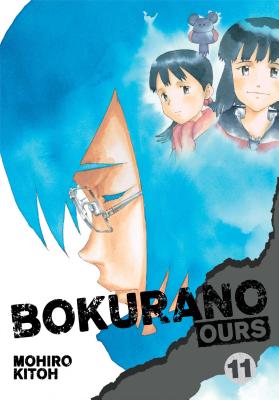 Saving the world is no child's play in this dark and chilling mecha manga series. One summer, fifteen kids innocently wander into a nearby seaside cave. There they meet a strange man who invites them to play an exciting new video game. This game, he explains, pits one lone giant robot against a horde of alien invaders. To play the game, all they have to do is sign a simple contract. The game stops being fun when the kids find out the true purpose of their pact. Rule 1 Zearth's battles follow an ironclad rule. If Zearth loses the battle, or if 48 hours pass without victory, Earth will be destroyed, along with humankind and every other living thing on the planet. Rule 2 Zearth's opponents are Earthlings of a parallel world. Victory is achieved by killing the enemy pilot. If Zearth's pilot is killed, Zearth loses the battle. Rule 3 Pilots are contracted in advance. One pilot is selected for each battle. Only the selected pilot commands Zearth. The pilot cannot transfer control. Rule 4 If the pilot dies of natural causes or is killed by a fellow Earthling, another contracted pilot will be chosen to assume command. Rule 5 After the battle's end, the deceased pilot's body is sent home. However, at the pilot's request, the body may be stored within Zearth, or made to simply vanish.

Mohiro Kitoh was born in 1966 in Aichi Prefecture, Japan. His manga debut, Vandemiere no Tsubasa (Vandemiere's Wings) was published in 1995. Other works include Shadow Star (Narutaru), Kakutoshi no Yume (Hallucination from the Womb), and Zansho--A Collection of Short Stories.
Loading...
or support indie stores by buying on