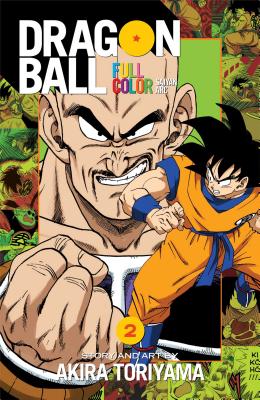 While Goku races toward Earth along the million-kilometer Serpent Road, the world’s mightiest martial artists make their last stand against alien invaders determined to wipe out the human race! Piccolo, Gohan, Kuririn, Tenshinhan and Chaozu struggle five-to-one against Nappa, only to find their opponent’s power is greater than they ever dreamed. Their last chance is Goku…but can he get there in time?