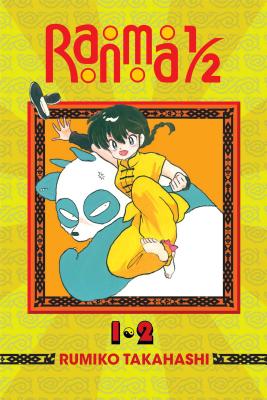 Years ago, Genma promised his old friend Soun Tendo that Ranma would marry one of Soun’s three daughters and carry on the family’s martial arts school. Except that the girl picked to be Ranma’s bride doesn’t seem to like him, Ranma keeps getting into fights…and did we mention that whole changing into a girl thing?

Takahashi was inducted into the Will Eisner Comic Awards Hall of Fame in 2018. She won the prestigious Shogakukan Manga Award twice in her career, once for Urusei Yatsura in 1981 and the second time for Inuyasha in 2002. A majority of the Takahashi canon has been adapted into other media such as anime, live-action TV series, and film. Takahashi’s manga, as well as the other formats her work has been adapted into, have continued to delight generations of fans around the world. Distinguished by her wonderfully endearing characters, Takahashi’s work adeptly incorporates a wide variety of elements such as comedy, romance, fantasy, and martial arts. While her series are difficult to pin down into one simple genre, the signature style she has created has come to be known as the “Rumic World.” Rumiko Takahashi is an artist who truly represents the very best from the world of manga.
Loading...
or support indie stores by buying on
(This book is on backorder)