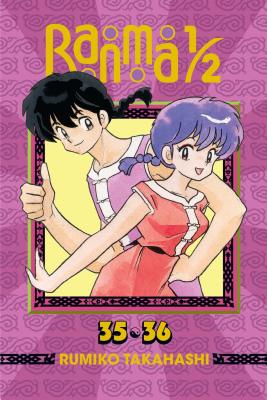 Girl-type Ranma uncovers a cursed mirror that makes a love-hungry copy of her who kisses everyone she can get her hands on, including boy-type Ranma! A magical compact can capture the kooky copy, but then Ranma and Akane get trapped inside the compact! Later, Akane wins an enchanted bathing suit that finally enables her to swim. In return for the suit, she must enter a swimming competition. She takes the lead in the race, but a dangerous surprise awaits her at the finish line!