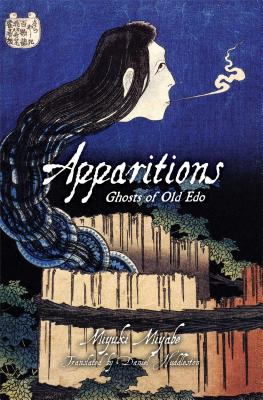 In old Edo, the past was never forgotten. It lived alongside the present, in dark corners, and in the shadows. In these tales, award-winning author Miyuki Miyabe explores the ghosts of Japan, and the spaces of the living world they inhabit. Written with a journalistic eye and a fantasist’s heart Apparitions bring the restless dead, and those who encounter them, to life.

Miyuki Miyabe's debut story, “Warera ga rinjin no hanzai” (Our neighbor’s crime), won a new writer award in 1987, and since that time, she has become one of Japan's most popular and best-selling authors. Miyabe's fantasy novel Brave Story won the Batchelder Award for best children's book in translation from the American Library Association in 2007. The Gate of Sorrows is an adult novel in the same universe as The Book of Heroes (Haikasoru, 2010). Her other works available in English include All She Was Worth, Cross Fire, The Sleeping Dragon, Apparitions, ICO: Castle in the Mist, and more.
Loading...
or support indie stores by buying on
(This book is on backorder)